“Growing up I saw firsthand how architecture and construction can have a profound and positive impact on people’s lives. I wanted to be part of this industry to help people the way my father has.”

Chie was born and raised near Tokyo, Japan. With an ambition to work globally, learning English became an important part of her early life, and two school trips to England helped solidify that. Helping people has always been core to her career goals, and she initially chose massage therapy out of school. Six years later she pivoted to architecture.

Architecture was the clear choice for her second career. Her father is an interior decorator, and design was always close to her heart. She had previously worked and travelled in Canada and chose to return to Toronto to study Architectural Technology at George Brown, graduating in 2020.

Before joining Solares, Chie worked at a Toronto design studio, and a structural engineering firm. Her role at Solares involves drawing, detailing, and coordinating consultants for a variety of high-performance home projects.

What can clients expect from working with you?
I’m very hardworking, and I pay attention to details. I’m always happy to make suggestions when appropriate.

What do you consider your most important skill to be?
I’m great at finding and solving problems before they arise.

What is one of your favourite buildings?
La Sagrada Família in Barcelona, by Antonio Gaudí
This building had a profound effect on me. It was breathtaking. I love the sculptural quality of it, and the way the inside is like the outside but in a different style, with so many colours; I appreciate the unexpectedness of that. It amazes me how they built such a massive, detailed building at that time in history.

What are you doing when you’re not at the office?
I love hiking in and around the city with my husband and our dog Sam. One of my hobbies is collecting interesting house plants and taking care of them. I have a Ficus that started out one foot tall and has grown to over six feet in just a few years. I also have a Monstera that’s growing well, and a variegated String of Pearls, which is rare. You might also find me building intricate Lego sets in my spare time.

What has surprised you about working in architecture?
The number of people and systems involved in designing and building a house. It’s a complicated and beautiful process. 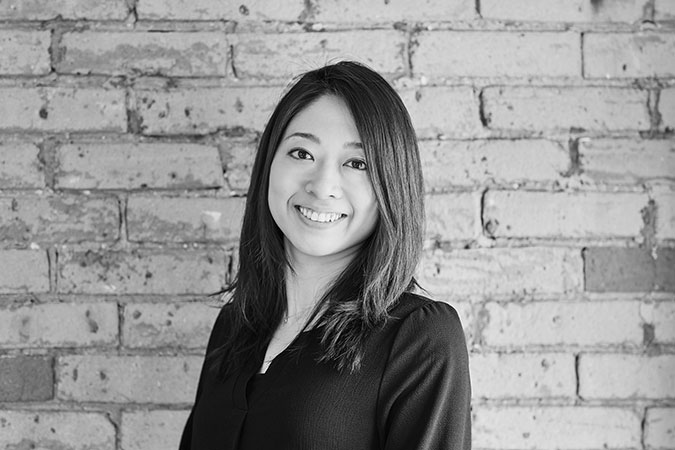